Tribute To My Mother

These are the words often expressed to me by my wise mother as I considered the next adventure in my life’s journey.

Have a solid backpack of knowledge that you can take anywhere in the world.

My mother Sushil Bansal inspired me with her incredible drive and personal passion to transform the lives of women in society. She believed that education and economic empowerment are catalyst for change, as these convergent forces provide extra extraordinary benefits for children and also promoting greater service towards humanity at large. Her affiliation and tenure in the various organizations highlighted below reflects a fervent passion to be of service throughout her life. Sushil held key roles in the following : 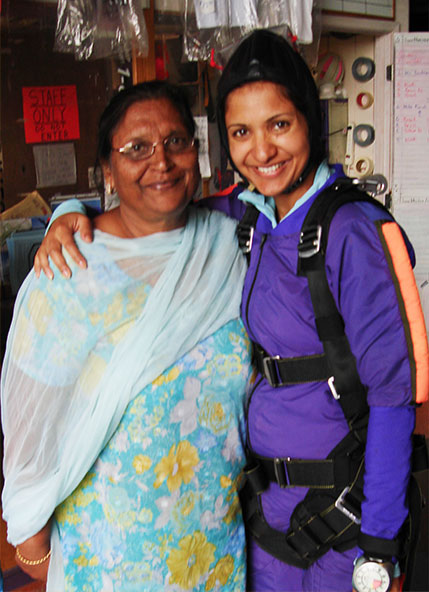 In addition to her above referenced affiliations, Sushil was honored for her social service activities by the Universal Peace Federation of New York as an ‘Ambassador for Peace’. The House of Lords in London recognized her as a Guest of Honor in 2012. She was also invited to participate in the 4th of July celebration in Virginia, as she proudly held the Lions Club Flag in the marching parade.

In India, Sushil received many awards for her noble work by the Bharat Vikas Parishad, Aggarwal Sabha, Senior Citizen Committee, Brahma Kumaris, Readers and Writers Association, Narayni Sahitiyak Academy, Rashtriye Kavi Sangam Delhi, International Director of the Lions Club, and was honored as the ‘Women of the year’ by the Senior Citizens Association, Chandigarh.

Sushil believed in celebrating life by serving relentlessly for the mankind. She worked tirelessly on community projects in Zirakpur to transform the lives of thousands of under-privileged children as a patron for literacy programs. Based on the principles of personal integrity and social justice, and for the welfare of impoverished women, she provisioned classes (beautician, sewing, and tailoring) to teach economic independence.

Sushil, who was graciously known as ‘Sheel didi’ a noble soul, was born on April 17, 1946 in Shimla, India. As a young girl, she attended Saint Thomas School primary school in Shimla, then went on to become a graduate of the Government Higher Secondary School in Chandigarh. She relentlessly pursued her desire for higher education and graduated with honors from the Home Science College in Chandigarh. She exchanged vows and married Kishore Bansal, a Progressive Melvin Jones Fellow, Lions club. Their union was blessed with four children, one son and three daughters.